Stephen the dog: Why did you send me a picture of your sink?

Why did you send me a picture of your sink? 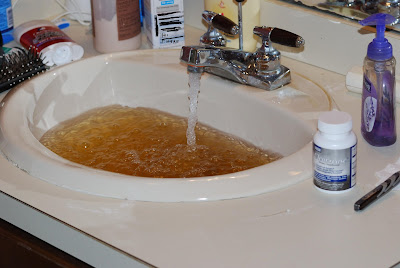 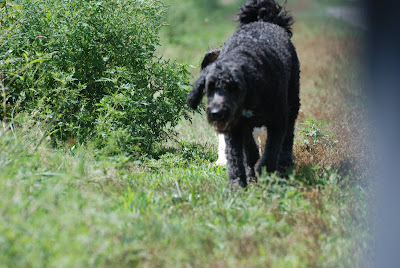 My R got and email the other day from our town collector asking why she had sent a picture of our sink along with the water bill. This confused my R and she ended up asking my A and I what was going on.

Well you see my A and I pay some of the bills and yes we were responsible for the water bill. The town collector failed to mention that the sink was full of water and the water was running. A far better question would have been “Why did you send in a picture of water with your water bill?” to which the reply would have been “so that you would know what I was paying for”. Barkington has had somes issues lately with payments being applied to the wrong accounts. Most recently we had problems with our excise tax payments being applied to our water bill. I love water but I really don’t think my A wanted to prepay $500 in water I think he would have preferred to pay his $500 excise tax and not to have gotten a letter from the sheriff threaten coming to beat it out of him. I bet $500 would really hurt. I am obviously paraphrasing the letter we got but if you have ever gotten that letter you know it is a little intimidating.

I think I am going to start to tax people for looking at me. Anyway back to the water. The picture we sent showed brown water. Barkington had an issue with brown water a while back and the picture was our way of saying we will pay for water but don’t you think it is kind of unacceptable to charge us for brown water. I would assume brown water would at least be discounted. Apparently that was totally missed and since my R is on one of the town boards we chose not to pursue it further. My R does not like us rocking the boat too much.

One good thing to come out of this is that my A and I have come up with a new system of paying bills. If you though online bill payment was great you should try our new system. It is really easy basically when you pay a bill you just include a photo of what you are paying for yes this requires you to send actual letters and costs a little bit more but it is so much more fun. My A has been getting all kinds of phone calls and emails about it. The exterminator called to ask why we sent a picture of a pile of dead ants. Toyota motor credit emailed to say nice truck. The electric company called to ask why we sent a picture of a street light. Basically we are finding that the people whose job it is to open bill love to get pictures. I think it makes their day, come on how boring is it to open check after check but to get a check and a picture of a dog pumping gas now that will make your day especially if I am that dog pumping gas. Linda at Exxon credit thinks I am cute. I am really glad we have private septic.

I have noticed there are fewer bills this month than last. I don’t know why but my R also seems to try and beat us to the mailbox I wonder if she is expecting a card or something.

You're right, brown water should get a discount.

In some countries, brown water is a delicacy.

Stephen the dog: Why did you send me a picture of your sink?