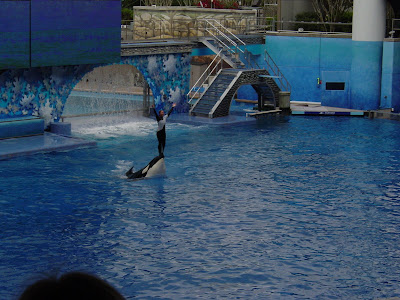 So My A and R were away this weekend. My A had a work thing. I think it was the North American Manager’s meeting or something equally as fun sounding. It was in Orlando which we all know if the home of Disney World and Sea World. I did not get to go.

I stayed home. I had a sleep over at Joey’s on Thursday night. It was really cool I got there around 9:15pm and Joey and I wrestled for a while. It was so hard to sleep. Friday when we got up Joey’s S made us breakfast and then we went outside and played for a few hours. It was very fun.
Around 2pm Sparky’s K came over and took me to their house. They live next door to Joey. I stayed there for the next couple of days. It was cool I got to play with Sparky’s people and got to go over and see Joey and his people when I wanted. I even stayed at Joey’s house when Sparky’s people had some stuff they needed to do. I got passed around a lot but everyone took really good care of me and I had a lot of fun.

My A picked me up on Tuesday morning and it was great to see him. The only problem is that while he was in Orlando he went to Sea World and saw all the trained animals. Unfortunately for me I think he has some big ideas now. I have this bad feeling he is going to step up my training and try and get me to do some of the tricks he saw. I am totally drawing the line at running around and balancing him on my nose. That trick is ok if you are a 3 ton killer whale but it is not for me. Hopefully my R will be able to give him a reality check.

I guess it might be a good thing that Joey’s R has not built our pool yet. By the time Joey’s R get the pool done hopefully my A will have forgotten about the whales and dolphins.

While it is true that clicker training or more precisely operant conditioning to train dogs was popularized by Karen Prior a former dolphin trainer. Dogs can’t do the same tricks as whales and dolphins we don’t swim as fast and can’t hold our breath as long. If we had a pool I bet my A would be trying to get me to swim around with him standing on my back. Although we can be trained the same way we can’t do the same tricks. That is an important distinction and one we should all remember. Dogs and Marine mammals don’t do the same tricks!!!

Hopefully my A won’t get too carried away.