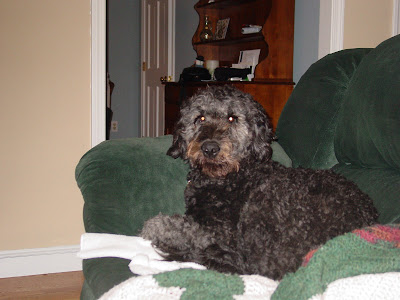 I know we have had our differences and we seem to be on total opposite ends of the spectrum in terms of running theory. In an effort to understand you and where you are coming from I have been listening to you podcast for the last couple weeks.

I have free time and it is better than Oprah. Before that goes to your head that is not really saying too much. Oprah is responsible for the plague upon the land that is Dr Phil. I am a dog and not a Dr and I can definitely come up with better advice than that quack. Either you want to help people or you want to get ratings. It seems that Dr Phil has sold out, not that he was really starting great to begin with . At least Jerry Springer is not telling you he was the mayor of Cincinnati to up his ratings. Yes he sold out, yes his TV is crap but he does not pretend it is anything but crap. Dr. Phil pretends he is an actual helping people but really all he is doing is using people to chase ratings. Dr. Phil is definitely on a downhill spiral I can’t wait till he is emceeing trailer park openings.

Today I signed up for the World Wide half couch to 5k. That is right I am gonna run it Mr. Runner. Dogs are allowed right? I know some people have weird hang ups about dogs, Mr. Mailbox for one. I guess I should check Mr. Runner will I be allowed to run the WW1/2?

I don’t want another McDonald’s incident. I tired to go get a Big Mac and was told they did not allow dogs in the store. That is a lie they allow service dogs so why not me. What does a service dog have on me? Sure they have jobs and might have a little more formal schooling so what. I am a certified canine good citizen. Is it the practice of McDonalds to discriminate against the unemployed and uneducated? I spent some time hanging around outside and this did not seem to be the case. They have no problem letting me go through the drive though and when the window kid messes up my change I am polite so why can’t I go inside? I could probably even do a better job working the drive through than Timmy.

This is just wrong where is Rosa Parks or Dr. Martin Luther King when I need them? Those were great leaders who did a lot for society. I just want to be treated fairly.

Mr. Runner please let me know if I can run the WW1/2 5k. I am a dog with a global presence and would like to take part in this global event. Do you have a special category for dogs?

Please get back to me ASAP I would like to start training tomorrow. I have already signed up
http://www.worldwidehalf.com/cgi-bin/wwhalf/racers
check out entrant #122

I chose the couch to 5k because I like to sleep on the couch I have a dog bet but I prefer the couch. This should make it easier because when I wake up I am already on the couch and just have to do the 5k.

Stephen, Why are you eating and McDonalds anyway, I thought dogs were much smarter than that.

It is not that I really want to eat as McDonalds it is that they wont let me in. I am sure Rosa Parks really did not care about riding at the front of the bus she just wanted equality. That is what I want.

fun blog, I must say. You should stop by and say hello to Koshimi (dog) Owen (cat) and Dr Wang (betta fish).