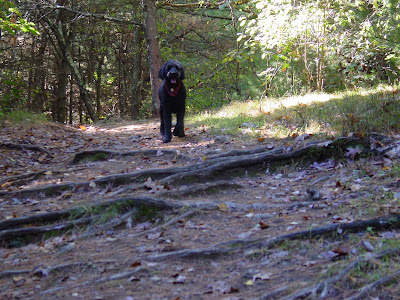 Well election day is coming I have been campaigning hard and I hope I can count on your vote. As you know by now a vote for Stephen TheDog is a vote for America.

I think I have a pretty good shot at actually winning this thing. As a dog I tend to eat a lot of weird stuff. Recently I have been eating the pumpkins my R put out on the front steps for me. While there are pretty good I don’t think I want to be known as Stephen Stephen pumkin eater. I just don’t like pumpkins that much.

Last Tuesday night I ate and entire bag of Halls defense vitamin C drops including the wrappers. I figured it is cold and flu season and with the election coming up I need to do everything I can to stay health. Once you get through about 15 your tongue goes numb which is really kind of cool actually. You should try drinking water from a bowl on the floor with a numb tongue sometime it is awesome.

Since I have been experience a ton of unique flavors (don’t worry I have never eaten my own poop unlike some dogs I know) I figure people will love my Fry Sauce Recipe. I don’t really get to eat a lot of fries but when I do get them I always use Stephen’s Super Secret Fry Sauce. Unlike Duke of Bushes baked beans I am not trying to sell this recipe I am giving it away as a gift to the world.

Place onion and Mayo in a large bucket and let sit for 20 min. Make sure the onion is still hot when you add the mayo.


Slowly add Catsup (making sure you not using Ketchup)

Sprinkle in Salt and Pepper

Remove for heat stir 500 strokes and serve immediately. Quantities not used can be stored in zip-lock bags and distributed to friends.

Recipe makes 100 servings. Which is a lot of sauce but well worth it.

After seeing that recipe, I am tending to feel more sympathy for Kim at Nabisco and the suggestions from customers.