Stephen the dog: why is there Cotton in my Asprin bottle

why is there Cotton in my Asprin bottle 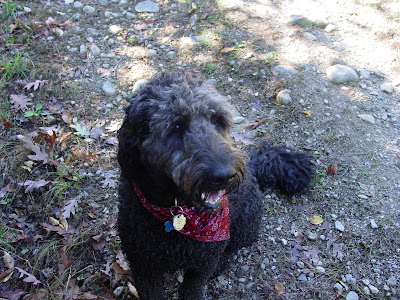 The other day I was asked “Why do all pill bottles come with a wad of cotton on top?” It took me a while but I have finally been able to track down the answer. Originally I thought is was to protect the pills from moving around and rubbing against each other. However this is not the case. While holding pills still is a worth goal there are a ton of things that could be used to do this besides cotton.

The story starts in 1793 when Eli Whitney invented the Cotton gin. This simple little invention revolutionized the cotton industry and the economy of the Southern United States. Fortunately there was still a high demand for cotton so the South was able to prosper. Suddenly the south could meet the demand for cotton and produce it much more cost effectively.

In 1861 the south suffered a major setback with the Civil war. My A recently gave me a lecture on why agrarian economies should not go to war with industrialized economies. I can’t say it was riveting but the basically what I got out of it was the South was destined to lose the Civil war and you should never refinance your car.

After the South lost the war they were in bad shape. Northerner’s we coming down and taking advantage of the southerners. Abraham Lincoln saw this problem and decided as president he needed to do something. Lincoln was quite the president what with the ending slavery and enriching the arts and all.

Lincoln felt it was important to make sure the South was financially stable in order to avoid another civil war. The Southern economy based largely on cotton and tobacco is a tenuous endeavor at best. Lincoln with his legendary foresight knew that the Surgeon General would soon start a campaign to end tobacco use and that Polyester and Rayon would drive down the demand for cotton. This would effectively cripple the south again and cause another civil war.

In order to avert this Lincoln passed secret legislation requiring a giant wad of cotton be placed on top off all pill bottles. This had the effect of tying the highly profitable pharmaceutical industry to the southern economy thus creating a synergy. Obviously the tactic has been effective as there has not been a civil was in this country in over 100 years.

So next time you wonder what the cotton in doing in your Tylenol bottle you will know it is there to keep the peace. Without that little wad of cotton who knows where this country would be.

Stephen,
I'm blown away by your knowledge. That was an incredible tale of history. I think that we should hear more tales of History from Stephen's perspective.

i did a pic-search on cotton wads and found the pic in this blog and I just wander, whats the breed?

I know a mix-breed that almost look like the dog and we don't have a clue about here and the breeds she mixed with.

Stephen the dog: why is there Cotton in my Asprin bottle