Stephen the dog: The Election is over Thanks Baxter Iowa

The Election is over Thanks Baxter Iowa 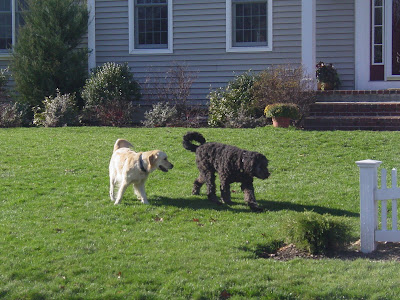 Well the election is over so now I guess I can focus on some of my other projects. I would personally like to thank everyone who voted for me. For those of you who think you vote for me was not noticed well it definitely was. I managed to get 714 votes nationwide.

Yup 714 people actually wrote in Stephen TheDog. I wish I could thank each and everyone of you but unfortunately I can’t. Please know that I do appreciate you votes. I would especially like to thank the people of Baxter Iowa. I actually almost won a selectman’s see in Baxter. I lost out to Mr. John Yelp by only 200 votes.

While I wish Mr. Yelp the best of luck I hope he keeps in mind that an out of state dog managed to get a full 1% of the vote. I hope he works harder in office than he did during his campaign. Had I been able to make a trip to Baxter IA I am sure I would have been able to pull off the win. Not that I really want to be a selectman in rural Iowa. No offense I love the country but I doubt I could convince my A to move to Iowa.

I need to get back to work on my projects. I came up with a great idea to improve the tater tot which I need to get going on. While I seem to have run into a brick wall with the DSBN project I have not given up hope yet. I just need to get in touch with the right person at Nabisco. I am starting to think I might need to go all the way to the top and send Charles Harper a letter. Lets hope he is a visionary CEO and not one of those executives who lack vision.

Personally in most of these product development endeavors I see myself as a guide dog for those who lack vision. I would like to become the Seeing Eye Dog of Corporate America (SEDCA). In this role I would work to bring new products to life and help these people realize that there is more to being successful than figuring out that if you put one less olive in the jar you are saving money.

That is amazing Stephen, just think, in four years you can run again, you'll be much older and wiser than all the candidates, packing in 28 years of experience into a mere 4.

Stephen - What do you make of the rumors that the new first dog might be a golden doodle? Would you view this as real change or a cheap political stunt? Will this help or hurt your image? Will you be able to get me a tour of the White House?

I voted for you, Stephen. The town we live in has recently passed an unfair, expensive garbage tax. When I went to vote, I saw that our city councilor, who voted in favor of this tax, was running unopposed. So I wrote in Stephen TheDog.

No matter what kind of dog the First Dog turns out to be, I hope you will write a letter and ask for an autographed photo.

Stephen the dog: The Election is over Thanks Baxter Iowa