Stephen the dog: Thanksgiving? I don't get it

Thanksgiving? I don't get it 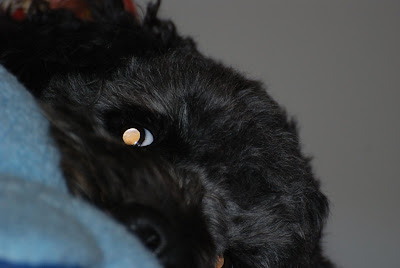 I have been thinking a lot of Thanksgiving lately. Thanksgiving is a really interesting Holiday from what I can tell it is really just a gateway holiday. Basically you go out and eat a lot of food to prepare to go out shopping on black Friday. I thought this was supposed to be a family oriented holiday about getting together and giving thanks for what you have. Lately it seems like Thanksgiving has strayed a little from its intended purpose.

It seems like Thanksgiving is a lot like the spaghetti dinner at the Boston Athletic Club the night before the Boston Marathon. It make no sense to me, we are supposed to be giving thanks and yet if you watch any TV at all it seems like the focus is on the things we need to go out and buy at 30% off instead of focusing on what we have today. It is just crazy.

This also brings me to my next question. If you look at any on the traditional Thanksgiving images they make no sense. Typically we see top less Indian in loin cloths holding baskets of corn and surrounded by grinning pilgrim sharing a nice meal outdoors. Thanksgiving is in November and the Pilgrims are from Massachuttesses. The average temp in Plymouth MA for Thanksgiving is 36 degrees. As a dog I can handle the cold but come on no one plans a huge outdoor meal in New England in November and they certainly are not wearing short sleeve shirts. Perhaps this whole Holiday is a crock. The idea is nice but none of this makes sense. Does anyone even have corn with their Thanksgiving dinner?

I won’t even get into that fool John Madden and his 16 legged turkeys. There are some ridiculous dogs out there but you people seem to have gotten more than you fair share of idiots.

Thanksgiving is one of those days that makes me happy to be a dog. I just don’t get the holiday. It makes no sense at all but I get to spend time with my family so that is nice. Also I am not allowed in the mall which means there is no way I can go shopping tomorrow. For once being a dog has its pluses.

Please remember the Thanksgiving is a time to give thanks, that is why it is called Thanksgiving and not “the day before 30% off retail crap day”

Stephen the dog: Thanksgiving? I don't get it